According to Burgh records there was a choir and “sang schule” in Peebles Parish Church as far back as 1440, and in 1543 there was mention of “10 chorister boys” in a royal charter . However as choral singing was frowned upon in Scotland after the Reformation, it is unlikely that there would have been a continuous tradition.

Certainly there was a mixed voice choir in the Peebles Parish Church prior to 1887, but up to 1885 only psalms were sung, and those were unaccompanied. Records do not mention a choir before 1882, but it was likely there was one. In 1885 a harmonium was used when the church was operating out of the Burgh Hall during the construction of the present building. The first choirmaster a Mr J. Finlay was appointed in 1886 replacing the precentors. The use of an organ only took place when the present church was opened in 1887.

The same Mr Finlay revived the “Song School” in 1895. The plaque erected at the time is still in today’s “Song School”. 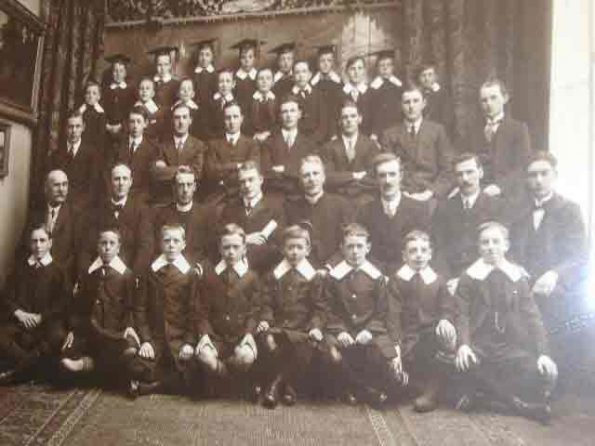 In 1887 the choirmaster wanted an all male choir and it was made clear to the ladies that they were unwelcome. Eventually there was only one and then she left in 1888. This resulted in the Peebles Parish Church having the only male voice choir in the Church of Scotland at the time, numbering some 60 members. 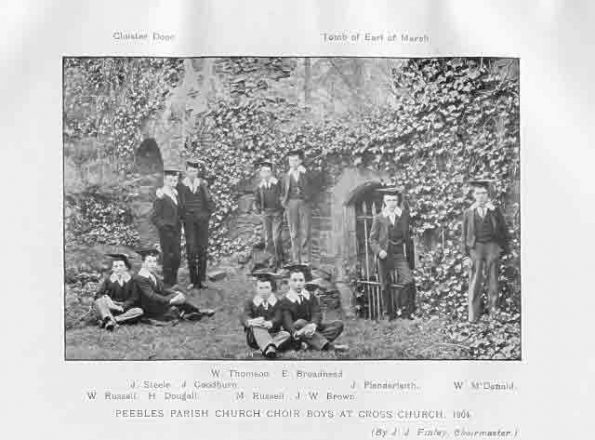 Young boys were an important part of the choir, and some subsequently became organists in local churches. One (J. Izett), became organist and choirmaster in the Old Parish Church itself.

In June 1911 it was reported that the choirboys sang three hymns from the bell tower. 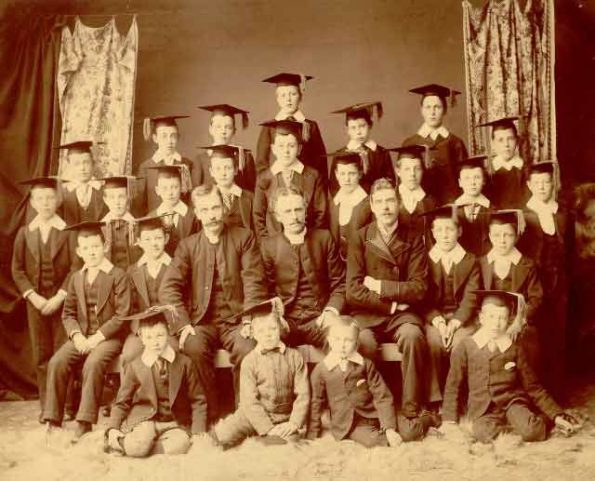 The choirboys received a rigorous musical training and J. Finlay made use of recordings in that training – a technique used in the choir today.

J. Finlay left in 1907 to become organist at Paisley Abbey, but died two years later at the age of 47. He was succeeded by H. Whalley who in turn left in 1920 to become organist in St George’s Church Edinburgh. Mr Whalley reintroduced lady members to the choir, and seems to have kept up the same high standards set by J Finlay. He was followed by J Izatt who was certainly still choirmaster in 1937.
Post World War II.

In the 1940’s there was a blind organist, whose name is unknown, and then there was a succession of organists and choirmasters who were Principal Music Teachers at Peebles High School. Archie Whitelaw (1953-1964) who was noted for laying down a strong choral foundation, had a very large senior choir and a popular and active Junior Choir that put on a variety concert every year, although they never sang in church. He was followed by Charles Bonar (1964 – 1966), and then Iain Cruickshanks (1966 – 2001).

The picture above dates from around 1954 and is the earliest known photograph of the modern era. Archie Whitelaw is on the right with a floral buttonhole. The occasion was a concert. At least one current choir member is in the photograph. 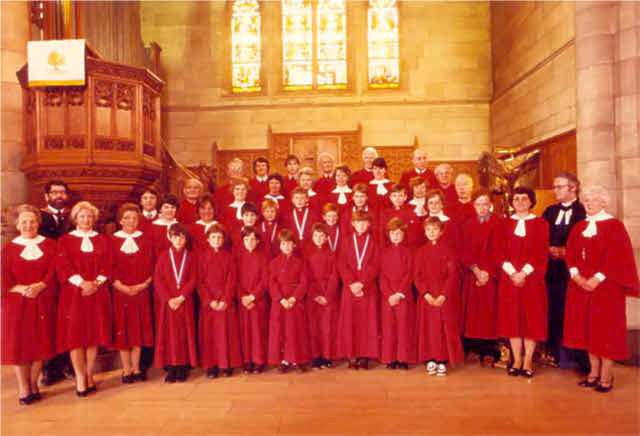 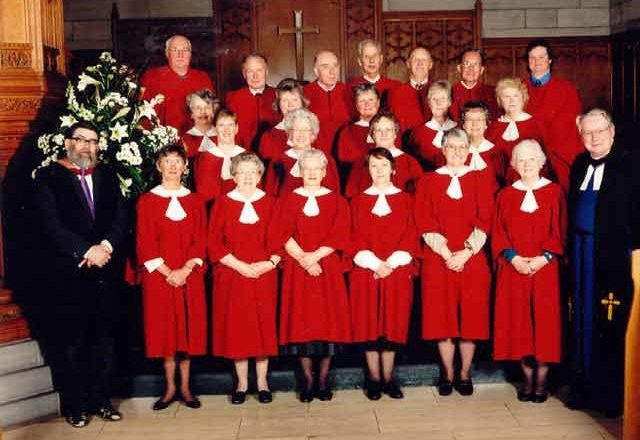 The photograph to the left was taken in 1984. The choirmaster was Iain Cruickshanks. Choirboys were reintroduced as were gowns and unaccompanied singing.

The choir continued to be active and thrived under the direction of Iain Cruickshanks and in 1997, although now bereft of the choirboys, was still very strong.

Following Iain Cruickshanks’ death in 2001, Dr Alastair Paton acted as interim organist until succeeded by Ian Rogers in 2002. In 2004 the post was taken by Andrew Russel. The current organist and musical director is Sarah Brown who joined in 2010

The choir is still strong and the story continues on the main TOPCOP website.