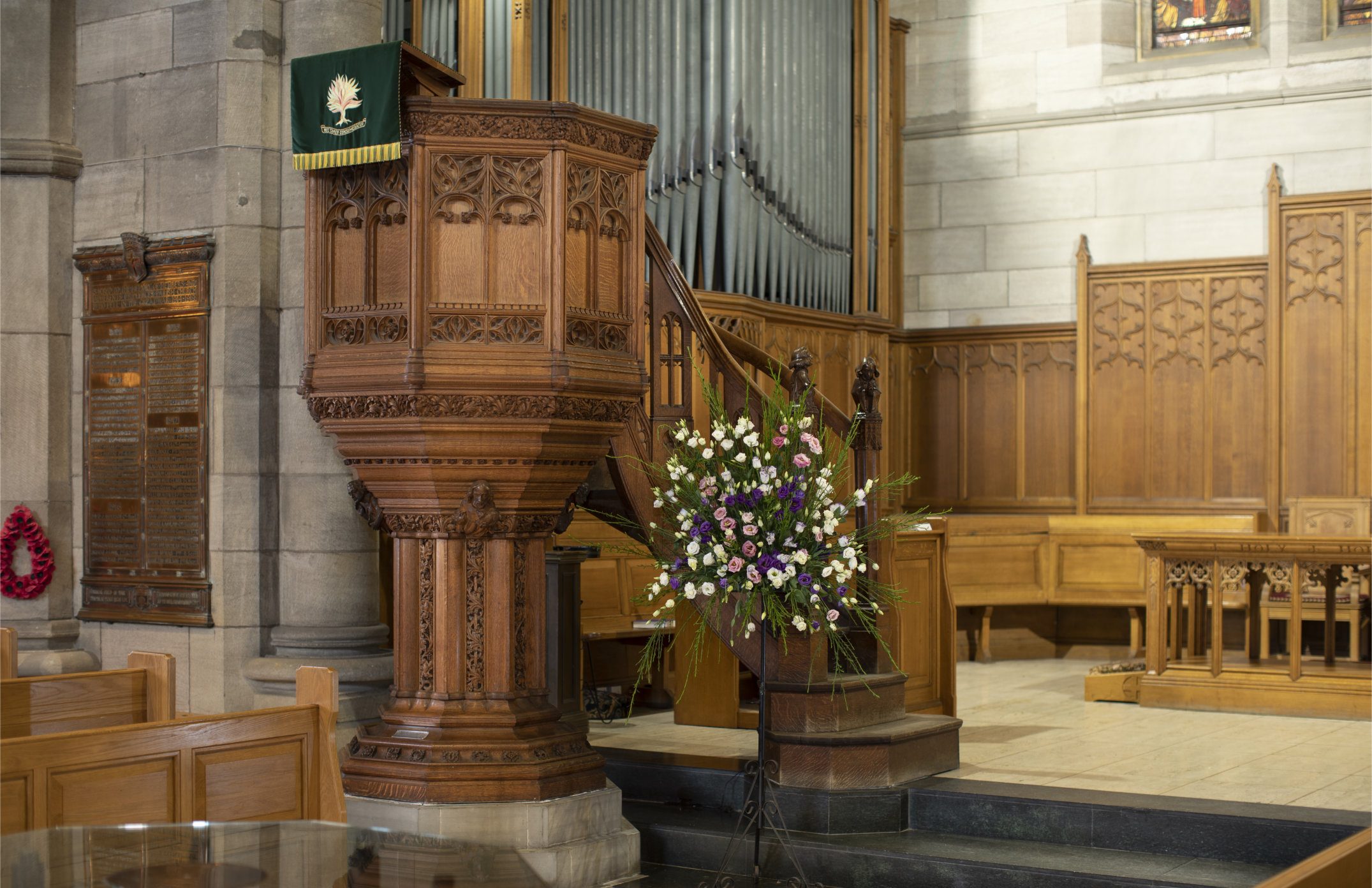 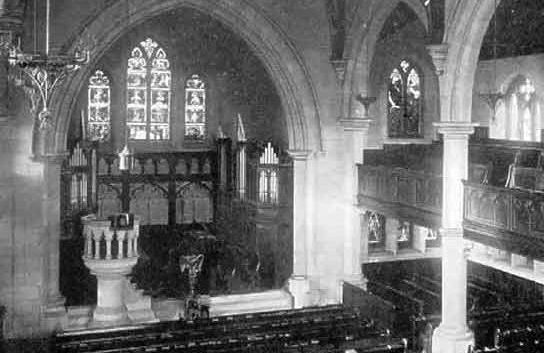 Replacing the original 1897 stone pulpit, the present pulpit was gifted to the Church and dedicated in 1913. It was designed by a Glasgow architect, P. McGregor Chalmers and carved by another Glaswegian, John Crawford, out of Austrian oak.

Firstly, at the foot of the banister rail are two figures depicting the two essential acts of worship – Praise and Prayer. 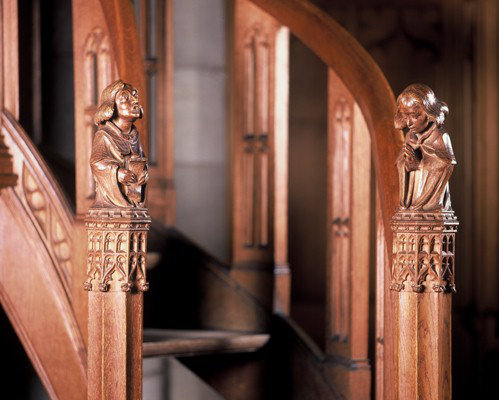 Secondly, four representations of Jesus appear round the middle of the pulpit: to the front, He is shown as the Good Shepherd and the Sower and at the back, He is seen as a Fisherman and the Wise Master Builder.

Finally, in the circle of carvings at the foot of the pulpit at the back, is a shamrock, an early Christian symbol for the Trinity.