The organ in the Old Parish Church of Peebles was built and installed by Auguste Gem, the foreman of Cavaillé-Coll of Paris in 1887, and was a 3-manual instrument sited in the Chancel. In 1937 the instrument was rebuilt, reduced to 2-manuals by Henry Willis of London and moved to the present chamber with the console still in the Chancel. In 1972 the organ was rebuilt by Rushworth and Dreaper of Liverpool. 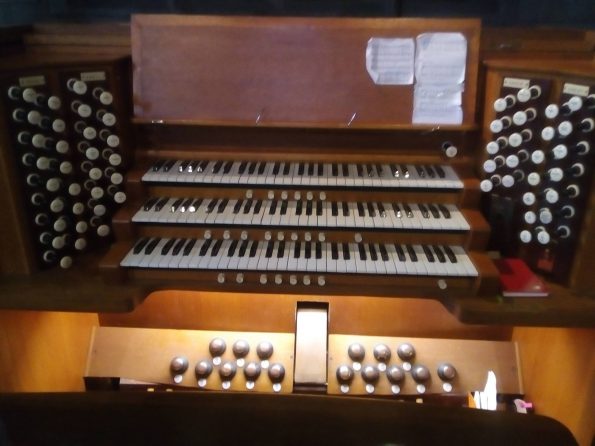 In 1989 the organ, then in the care of R.C. Goldsmith Ltd., was restored to 3 manuals and a new choir organ was built and installed in the south gallery. The new 3-manual console was placed on the pavement underneath the choir organ.

In 2002 the organ was overhauled by organ builder J. R. Lightoller. Some tonal improvements were carried out to the existing pipework and the organ extended by the addition of two further stops, namely a pedal trombone and a swell Celeste. This enhancement was carried out as a memorial to the late Iain Cruickshanks who was organist and choirmaster over a period of 35 years.

At present the organ is now a fine instrument with a good range of tones.