The slideshow clearly illustrates the spaciousness of the building. The Church can comfortably seat 1,300 people and it is interesting to note that such a large and beautifully constructed building was built for £9,500 in 1885-87.

The Flags hanging high near the roof of the nave are the Colours of the Peeblesshire Militia, raised after 1801 during the Napoleonic Wars. It was disbanded in 1816 after Waterloo. Mungo Park, a local doctor and West African explorer, was a member of this Militia.

All of the twenty-six stained glass lancet windows in the North Aisle, South Aisle and at the west ends of the South and North galleries, are the work of Cottier of London and were installed between 1886 and 1914.

The long Window in the Chancel is a reproduction of a window in a Nuremberg Church. It is also the work of Cottier and the Life of Christ is the theme of the whole window. At the western end of the nave, high above, is the Rose Window, also by Cottier. Different, but equally beautiful, are two modern windows on either side of the entrance door. These were gifted in 1992 and 1993 and are the work of Crear McCartney. 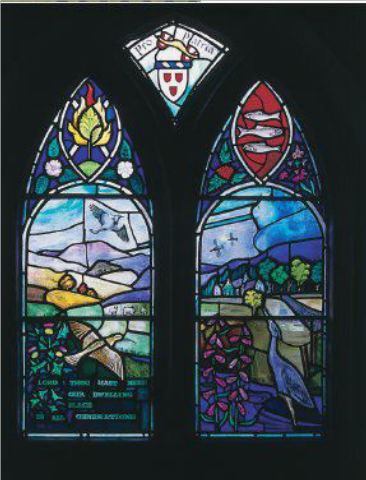 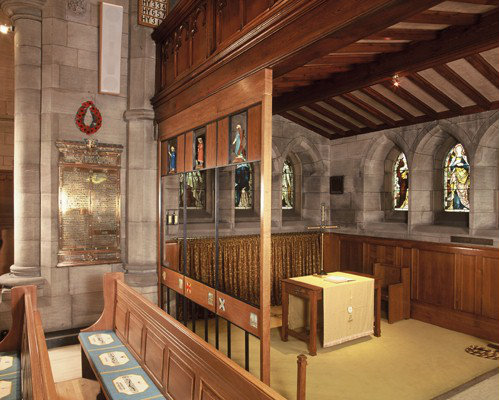 The North Aisle contains a side chapel suitable for the conduct of services attended by smaller groups and a screen was raised in memory of the Reverend James Hamilton, the Minister of the Parish from 1952 to 1969. It is this screen that tells something of the history of the Parish Church.